If  Post-traumatic stress disorder has been ruling your life for too long then get booked in today and lets get rid of it for good. Just take a moment to imagine that after just a one hour long  session it will be gone FOR GOOD !

In my  Post-traumatic stress disorder (PTSD) and Trauma Therapy use a technique called BLAST Technique created by Nick Davies (Bi Lateral Analysis and Stimulation Treatment) which has been developed from EMDR. When post-traumatic stress syndrome is involved, EMDR (Eye Movement Desensitization & Reprocessing) is better than other types of therapies.

The psychologist Francine Shapiro invented EMDR in the 1980s when she noticed that moving her eyes from side to side seemed to reduce the occurrence of her own distressing memories. Later on, she theorized that trauma causes negative emotions to be stored within the same memory network as a troubling event.

BLAST Technique™ is another Amygdala Desensitising Technique (ADT) which has been created and developed to work faster and more effectively with PTSD and trauma.

The type of events that can cause PTSD include:

The NHS describe PTSD on the NHS Choices website

Post-traumatic stress disorder (PTSD) can be successfully treated, even when it develops many years after a traumatic event with BLAST Technique™ developed by Nick Davies 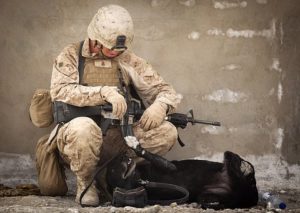 Soldiers Get Free Treatment For PTSD

Post-traumatic stress disorder (PTSD), sometimes known as shell shock or combat stress, occurs after you experience severe trauma or a life-threatening event. It’s normal for your mind and body to be in shock after such an event, but this normal response becomes PTSD when your nervous system gets “stuck.”

For all too many veterans, returning from military service means coping with symptoms of post-traumatic stress disorder (PTSD). You may be having a hard time readjusting to life out of the military. Or you may constantly be feeling on edge, emotionally numb and disconnected, or close to panicking or exploding. But no matter how isolated or emotionally cut off from others you feel, it’s important to know that you’re not alone.

PLEASE READ MY BLOG on “Helping Our Hero’s” HERE

I believe that our brave men and women are not getting the correct treatment they deserve from the MOD and I want to help in my own way. I have spoken to enough ex military to know that what help they are offered is completely adequate for the successful recovery from Post-traumatic stress disorder (PTSD).

This is my way of giving something back.

All I ask is you bring your military ID with you.