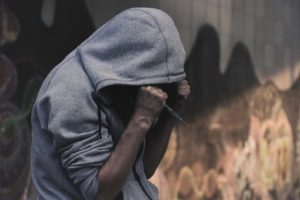 Addiction is a big subject with so much information and opinions out there that I am going to glide over it because it impossible for me to go to in-depth without baffling or boring you.

The most common addiction I see are smoking, alcohol, food, drugs and gambling. I’m am not allowed to treat alcoholics/drugs takers without their doctors permission but I do get people who want to control or stop their intake more before it becomes a problem.

Why do people get addicted?

In my experience it is because they are trying to replace something they have lost or never had in their life. Look at some of the fallen stars in the world; they are replacing all the fame and attention. They need a buzz. The latest research is saying that the brain of addicts does not produce enough dopamine and the substance that the addict is using i.e. drugs bridges that gap in the chemical imbalance.

There are people trying to forget a past event or events in life. People who have suffered abuse or have had a horrible childhood for example because it blocks the memories coming through, others have never felt worthy or love.

There are people who have addictive personalities who try something and find hard to stop. Some people hit the self-destruct button and will find anything to do.

The thing that is common is that they can hide the addiction very well to the point even the close family won’t know, they can become very deceptive and defensive if they suspect anyone knows. It’s well known that alcoholics will hide the bottles of booze around the house and even in the garden.

I want to tell you about a good friend of mine in fact he was my best friend for many years. I knew Craig most of my life, we lived a street apart, attended the same school and knew a lot of the same people. Craig and I became firm friends when we met again at a local social club when I was 16-17 and from then were like brothers in arms. I never saw Craig as having a problem; we went out most nights for 3 or 4 pints and a game of snooker for many years until we started working shifts, yes in the same factory. So we worked, drank and socialized together. Craig was always a bit of a lad, he did nothing bad but liked a joint and a drink which at the time I also took part in, a decision I now regret deeply. He always seemed to push it more than anyone else, for example last orders at the bar he would order 2 pints and chasers where as I would maybe have a pint. He smoked the strongest cannabis he could get, I never really used to smoke it on my own only with friends but Craig smoked every day. Craig got married to a lovely girl and bought a house, they had a beautiful daughter Chloe whom he adored. All this time his drinking was getting worse. He would drink Rum/Vodka and strong Cider. No one ever suspected it was becoming a problem with the exception of this then wife.

The car factory where we worked closed and we were all made redundant and Craig hit the self-destruct button and his drinking got so bad that the marriage broke down and he moved out. He drank until he couldn’t feel any more pain, the marriage break up hurt him but it was his drinking that caused it. He was in complete denial about everything. Over the next couple of years Craig carried on drinking causing him to be admitted to hospital of many occasions for detox then coming out a straight back on the drink. I tried to help and so did many others, in the end I found myself having no choice but to distance myself from him. I just couldn’t watch him kill himself, I did sit down and tell him this but again because of the drink I don’t think he could remember me doing this.

Sat here now a good few years or so after his death I still miss my mate and yes I have tears in my eyes writing this.

I did not have the skills and knowledge I have now or I would have tried to help and get him through it.

Addition has touched me and Craig’s family in a way I hope it never does for you.

If you feel something in your life is getting out of hand or you need a little help please get in touch and always consult with your doctor. Taking the first step to getting help is an important one, and then the real work begins, the WHY? It will be a hard and often emotional time but it is part of the healing process and without it, it will be hard to move on in life.

Please contact me HERE for your free consultation or call 024 75098634 for further information on addiction.