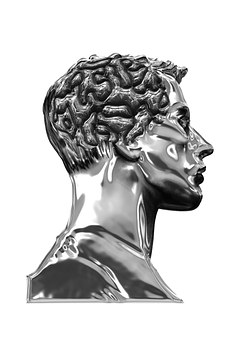 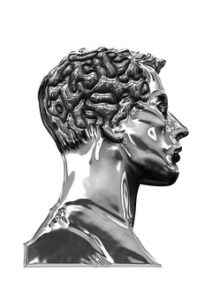 In this blog I explains the basics of the brain and what bits do what !

The cerebrum or cortex is the largest part of the human brain, associated with higher brain function such as thought and action. The cerebral cortex is divided into four sections, called “lobes”: the frontal lobe, parietal lobe, occipital lobe, and temporal lobe.

What do each of these lobes do?

Temporal Lobe- associated with perception and recognition of auditory stimuli, memory, and speech

The cerebellum, or “little brain”, is similar to the cerebrum in that it has two hemispheres and has a highly folded surface or cortex. This structure is associated with regulation and coordination of movement, posture, and balance.

The cerebellum is assumed to be much older than the cerebrum, evolutionarily. What do I mean by this? In other words, animals which scientists assume to have evolved prior to humans, for example reptiles, do have developed cerebellums. However, reptiles do not have neocortex.

The limbic system, often referred to as the “emotional brain”, is found buried within the cerebrum. Like the cerebellum, evolutionarily the structure is rather old.

This system contains the thalamus, hypothalamus, amygdala, and hippocampus. Here is a visual representation of this system, from a midsagittal view of the human brain

Thalamus
It is sort of a relay station to parts of the brain. This controls information.

Thalamus- a large mass of gray matter deeply situated in the forebrain at the topmost portion of the diencephalon. The structure has sensory and motor functions. Almost all sensory information enters this structure where neurons send that information to the overlying cortex. Axons from every sensory system (except olfaction) synapse here as the last relay site before the information reaches the cerebral cortex

This adjusts the body to keep it optimally adapted to the environment, plus also long tem memory.
Hypothalamus- part of the diencephalon, ventral to the thalamus. The structure is involved in functions including homeostasis, emotion, thirst, hunger, circadian rhythms, and control of the autonomic nervous system. In addition, it controls the pituitary.

Hippocampus
Hippocampus- the portion of the cerebral hemisphers in basal medial part of the temporal lobe. This part of the brain is important for learning and memory . . . for converting short term memory to more permanent memory, and for recalling spatial relationships in the world about us a coronal view of the hippocampus.

I hope it made your brain think a little deep than before !

Please Note: I am not trained i.n neuroscience, this is what I have read and studied.

For more of a  indeath look here Neuroscience Core Concepts