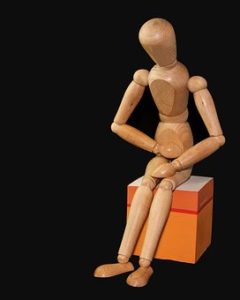 Irritable bowel syndrome (IBS) is a common condition of the digestive system. IBS affects up to 22% of people in the UK and is the most common functional digestive disorder however hypnotherapy for IBS can help !

So what causes IBS?

Well psychological factors such as stress may play a part in IBS and I’ve seen people recover quickly form IBS with the help of hypnotherapy. When the body is under stress it can come out in all sorts of symptoms from mental health issues to physical symptoms.

Hypnotherapy can help you break the cycle of pain and anxiety related to IBS, and has done so for thousands of people. Hypnotherapy is now acknowledged within the wider medical profession as an evidenced-based therapy that can help reduce the symptoms of IBS, and sometimes alleviate those symptoms entirely.

Dr Valori, of Gloucestershire Royal Hospital, said the research evidence which shows that hypnotherapy could help sufferers of IBS was first published in the 1980s. Dr Roland Valori, editor of Frontline Gastroenterology, said of the first 100 of his patients treated, symptoms improved significantly for nine in 10. He audited the first 100 cases he referred for hypnotherapy and found that the symptoms stopped completely in four in ten cases with typical IBS. He says in a further five in 10 cases patients reported feeling more in control of their symptoms and were therefore much less troubled by them.

“There is now good evidence that hypnotherapy benefits a substantial proportion of patients with irritable bowel syndrome and that improvement is maintained for many years. Most patients seen in secondary care with this condition also suffer from a wide range of noncolonic symptoms such as backache and lethargy, as well as a number of musculoskeletal, urological, and gynaecological problems. These features do not typically respond well to conventional medical treatment approaches, but fortunately, their intensity is often reduced by hypnosis.

The mechanisms by which hypnosis mediates its benefit are not entirely clear, but there is evidence that, in addition to its psychological effects, it can modulate gastrointestinal physiology, alter the central processing of noxious stimuli, and even influence immune function.”